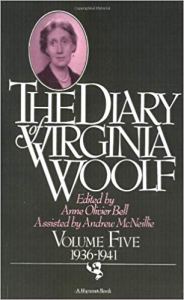 I am reading and loving The Diary of Virginia Woolf, Volume Five, 1936-1945.  In college I read A Writer’s Diary, edited by Leonard Woolf, and admired this short fascinating volume.  She writes so elegantly:  she could make a notebook of scribbled website urls look interesting.  Thus I must share an amusing quotation from an entry which mentions my favorite book, War and Peace.

On January 11, 1936, Woolf recorded her niece’s short visit.  “Ann popped in suddenly after lunch; bare legs, socks, tousled hair; wanted to borrow the second vol. of War & Peace for Judith who’s had her tonsils out.”

Do nieces read War and Peace these days?  Perhaps secretly. At my house a visit from a niece would go more like this:  “Ann popped in suddenly after lunch; patched jeans, no socks, disheveled hair; wanted to borrow Peyton Place because she needed a trashy read after a chemistry midterm.”

Peyton Place, War and Peace–same number of syllables–I must be a genius!

I gave away two of my four copies of War and Peace, my favorite novel, because they were oversized and hurt my wrists to hold!

Speaking of diaries, here is a Diary of a Shelf Arranger.

Years ago all my books fit in one bookcase.

Then my husband and  I “colonized” a run-down neighborhood by buying a cheap house.  The house was big and cold, and we wore jackets and fingerless gloves inside, but at least we had room for books.  In our love of collecting books, we drove all over the midwest and haunted used bookstores (including The Haunted Bookshop in Iowa City) , library sales (we once went to one in Winona, Minnesota), and Borders everywhere.  All those old library books with mylar covers and tacky stickers on the spine!  And a copy of Barry Unsworth’s Sacred Hunger for 50% off!

Years later, we have so many books.  And most have that  “worn-out old-book” look because they were already ancient when we bought them.

So should I arrange them in the style of  favorite used bookstores?  Or would that be too formal  for home life?

Here are a couple of methods I’m considering: 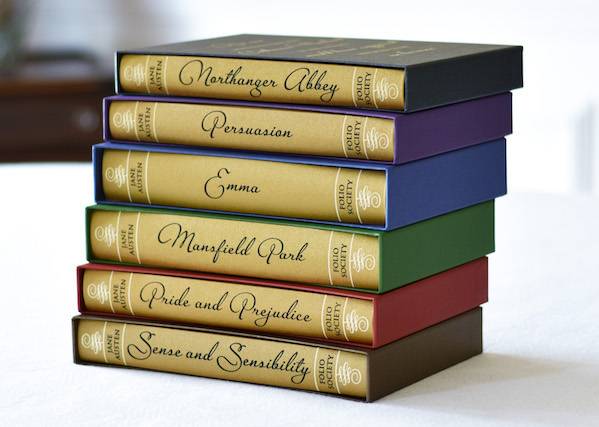 1. Shelf all the Folio Society books together (they do this at Jackson Street Booksellers in Omaha).  The FS volumes are tall and oversized and look better together.   But if I put them together, I’ll break up my Thomas Hardy collection. Turns out I have the FS version of Tess of the D’Urbervilles, illustrated with woodcuts by Peter Reddick. Did I buy it at  Jackson Street Booksellers?  I’d forgotten I had it.  I also have a Modern Library paperback of Tess, a 1950s Heritage Press edition with illustrations, and a Penguin Hardcover Classic.

Should I start a separate Tess section? 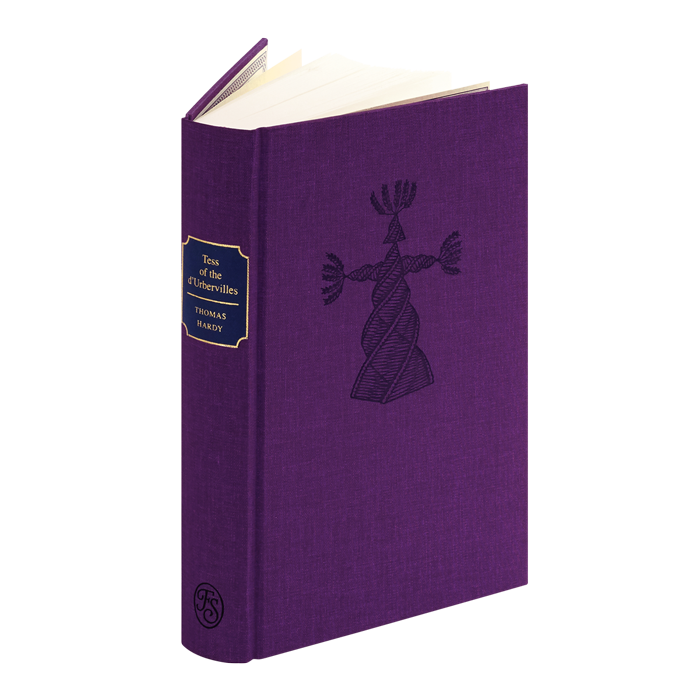 2. Create a Thomas Hardy section.  I HAD NO IDEA WE HAD SO MUCH THOMAS HARDY UNTIL I SHELVED ALL OUR BOOKS. A Penguin paperback and an Everyman’s Library hardback of The Woodlanders;  two Signets (one my husband’s) and an Oxford paperback of Jude the Obscure; three paperback copies and a Heritage Press hardback of my favorite, The Master of Casterbridge; Selected Poems and Collected Poems; and a few  Pocket Book collections of short stories with minuscule print  We also have a battered copy of The Well-Beloved holding up one of our windows.

3.  If I Create a Thomas Hardy section, I have to create a Dickens section, a Jane Austen section, a John Updike section, etc.

5.  Put all the Library of America editions together.  That probably wouldn’t work, though.  I don’t have that many.

I haven’t implemented any of these yet.   Any suggestions?  After I shelve them, I want to catalogue them…on index cards. 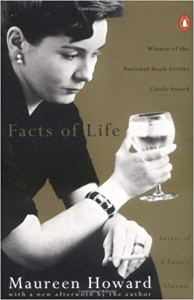 Many great American women writers flourished in the mid-to-late twentieth century.  It was a boom time for American literature.   Discerning women read with excitement the award-winning work of Mary McCarthy, Maureen Howard, Jean Stafford, and Alison Lurie, who captured, often satirically, features of American women’s lives.  Their piquant wit, gritty realism, and glittering prose should have won them a place in the canon.  But has it?

One of the most neglected divas of American literature is Maureen Howard, whose baroque sentences in her tetralogy of novels about the seasons (A Lovers’ Almanac, Big As Life, The Silver Screen, and The Rags of Time)  left me breathless. She won the National Critics Circle Award in 1978 for her memoir Facts of Life, which is now, astonishingly, out-of-print. Howard seems to be forgotten.  Yet only a decade ago Jess Row in The New York Times praised the complexity of The Rags of Time.   Row compared it to “one of Joseph Cornell’s boxes full of minutely arranged objects.”

I concentrate on Howard’s graceful style and unusual characters as I reread Facts of Life, a memoir of growing up Irish Catholic in Bridgeport, Connecticut.  This montage of gritty vignettes,  dramatic scenes, and fragments is gorgeously-constructed. It is fascinating but not an easy read, because Howard is  demanding and unsentimental.  I have marked so many passages I want to share, but here is an especially vivid descriptions of Howard’s mother, a  teacher who was devoted to her parents.

“In the role of the educated promising daughter my mother failed.  Her father had really wanted a safe local schoolteacher, an aging girl correcting papers up in her maidenly room. … But it was her own money in the Bridgeport Savings Bank.”

Maureen’s mother fell in love and married a low-paid detective when she was 33.  As a housewife and mother, she still relentlessly made use of her education at Smith College to introduce Maureen and her brother George to the arts.  But after the kids  grew up and  moved to New York, their mother gave up culture and reverted to watching  Lawrence Welk with their father.  Was it all a sham before? They were never sure.   George became a strange artistic man:  he lived in semi-squalor but at one time knew who was dancing the lead role in the ballet.  He liked “Orange crates and real Picassos.  Thousands of records and books, but no dishes, no curtains.”

Maureen is split between high culture and pop culture.  She writes,

“While I’m split, split right down the middle, all sensibility one day, raging at the vulgarities that are packaged as art, the self-promotion everywhere, the inflated reputations.  In such a mood I am unable to sit in a theater or pick up a recently written book.  I am quite crazy as I begin to read in stupefying rotation–Anna Karenina, Bleak House, Persuasion, Dubliners, St. Mawr, Tender Is the Night, The Wings of the Dove.  I play the Chopin Mazurkas until the needle wears out….  The atmosphere I demand is so rarefied it is stale and I know it.”

I am loving this memoir and urge you to read it if you can find a copy. 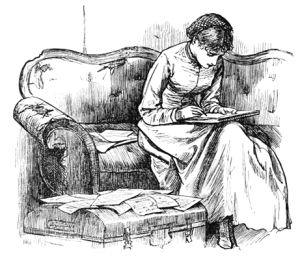 I am Kat, the writer of the new blog, Thornfield Hall.  You may know me from Mirabile Dictu, an online book journal I wrote for six years.

Every writer reaches a stage in her career when her or she is fatigued or blocked.  She sits at an untidy desk and writes on an ugly gray computer.  For fun, she reviews small-press books nobody else will touch (her friend the literary magazine editor went to school with the small-press editor).

And she has a blog, of course.  But she is tired of it.

What to do next?

I am experimenting with a new kind of writing (for me): “journaling” about bookish topics in a notebook.  After years of typing blog posts directly on a typewriter or computer, drafting by hand  feels innovative. 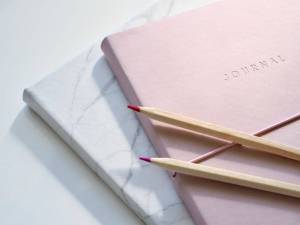 Diaries and journals have long been a favorite genre.  We love the diaries of Samuel Pepys, and didn’t we have a  diary with a lock and key before Moleskines?  In Michael Pietrza’s article at Success, “How Journaling by Hand Changed My Life,” he describes the enhanced creative experience of writing in a notebook.  It was a Zen experience:  he felt refreshed and calmer after writing 30 minutes a day.  And, according to a study at the University of Washington, children write faster with pen on paper than on computers and tend to write more complete sentences by hand.  Pietrza says adults experience the same increased efficiency.

So far, I am enjoying the journaling.  Connecting with the pen on page is radically different from typing:  I feel things more intensely and see things more clearly.   Who knew?  I’m as surprised as you are.

I needed a change.  Blogging used to be fun!   It had a wacky originality. There were zany, witty notes about books in progress and bookaholicism rather than book hauls.  Now the typical book blogger attempts informal reviews and follows a trajectory:  how he or she discovered the book, a long plot summary, and personal reactions.  (I have done this too!)

And bloggers began to get bored and burn out.  Lyn at I Prefer Reading wrote in her last blog post in 2017:  “I’ve been blogging for over 7 years…. I feel as though it’s time to take a break & reassess the blog & what I want to do with it.”  And Tom Cunliffe stopped writing  A Common Reader a few years ago.  He told me by email that he began to dread writing twice a week. 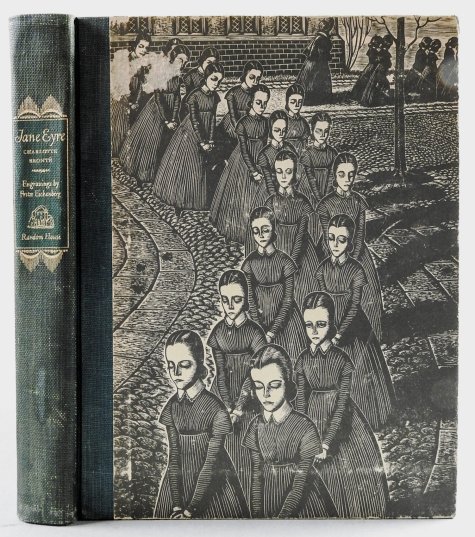 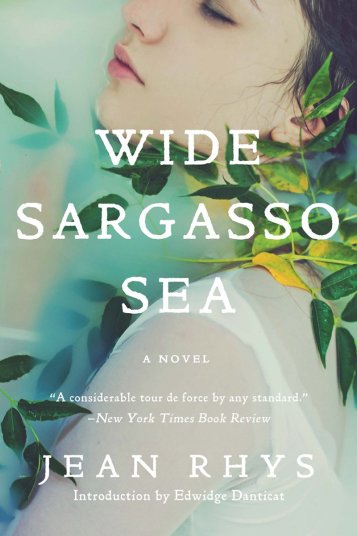 The format of this new blog will be slightly different, but the bookishness will remain. Now I  inhabit the Gothic house which Jane Eyre, Mr. Rochester, and his mad wife Bertha briefly inhabited.  Two of my favorite books are Charlotte Bronte’s Jane Eyre and Jean Rhys’s Wide Sargasso Sea (a retelling of the mad wife’s story).

Hope to see you here soon! 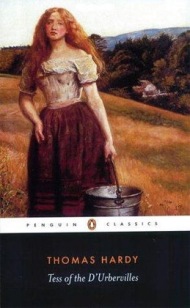 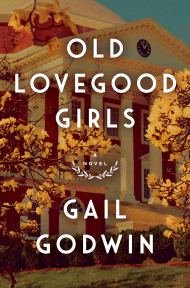 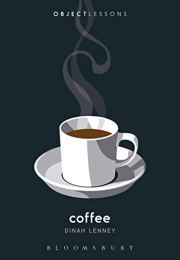 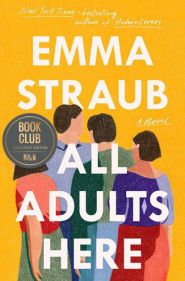 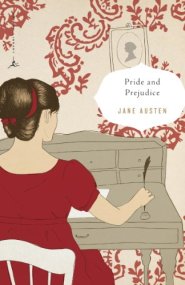 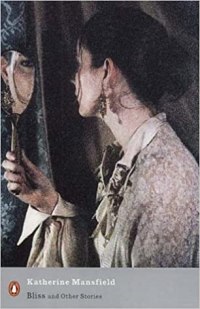 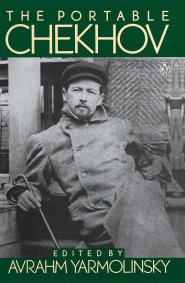 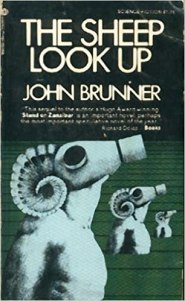 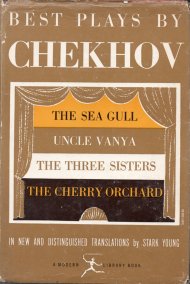 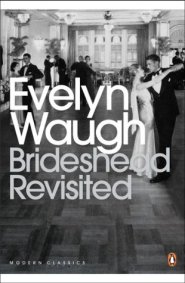 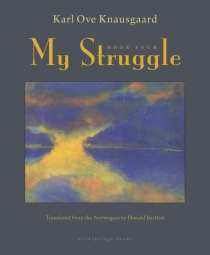 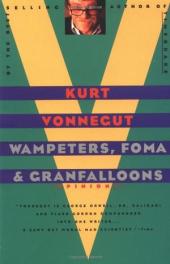 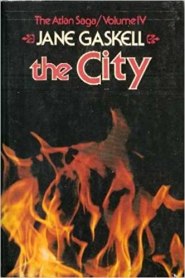