Sex was complicated in the ’60s.  Women wanted to get laid but they didn’t want to get pregnant or the clap.

Many critics and sociologists believe sex became less complicated for women in the ‘60s.  In Celia Brayfield’s brilliant book,  Rebel Writers:  The Accidental Feminists, she attributes this phenomenon in Britain to two events:  the legal publication in 1960 of the unexpurgated edition of D. H. Lawrence’s Lady Chatterley’s Lover (formerly banned) and the introduction of the birth control pill by the NHS in 1961. 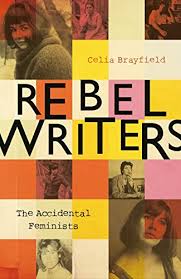 I want to add here that many counterculture women in the U.S. did not consider the pill safe, and opted for other methods of birth control—the diaphragm, the IUD, condoms, and tubal ligation.

Still, I am fascinated by Celia Brayfield’s interpretation.

In Britain the “age of ignorance” began to fade away in the early sixties, with a loosening of general attitudes towards sex.  In 1960 a pivotal moment arrived when Penguin Books was acquitted of the charge of publishing obscene material in its edition of Lady Chatterley’s Lover—a book in which the word “fuck” appeared eight times on one page.  In the words of Geoffrey Robertson QC, one of Britain’s leading liberal lawyers, “No other jury verdict has had such a profound social impact.”  A few months later, in 1961, the contraceptive pill, which was almost 100% effective, became available for the first time through the National Health Service, but only to married women, although a very small number of specialist clinics accepted patients without worrying about their marital status.  By 1964, half a million women in Britain were using oral contraception and it was made legally available to women from 1967, although the provision was not widespread and restricted to special clinics for some years afterwards. 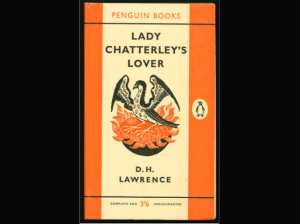 But it’s about the censorship, of course.  Attitudes were changing.  The unexpurgated edition of LCL was published by Grove Press in 1959 in the U.S.

It’s not as good as The Rainbow, though.

4 thoughts on “Sex in the Sixties: “Lady Chatterley’s Lover” and the Pill”