At this year’s bookish cocktail party (that is, if there were such a party in plague times), I might have read just enough new books to hold my own in conversation. Perhaps the latest books are actually more like cultural commodities, wrapped in bright jackets and praised or panned by the critics. They are certainly ephemeral, as the new lists of Highly Anticipated Books of 2021 have already begun to eclipse them. I can imagine a reader wailing, “Wait, I’m still shopping for Christmas this year.”

We just can’t wait for the new books. If only we could all slow down. These 2020 books can be read any time–even in 2021. I consider a book “new” if it has been published in the last decade. For God’s sake, that’s much newer than Gilgamesh!

I admit, I read mostly classics and older books, because they are much better-written than contemporary books. I do not mean that there are no great living writers. There are. My mind is a blank at the moment, but I promise to list some at the end of this post.

Of course I am not as strict in my standards as the critic Joseph Epstein, a former editor of The American Scholar. In the essay, “Our Literary Drought,” recently published at the National Review, he laments the state of 21st-century literature, which he believes has been diminished by the Digital Age. He begins by talking about the flourishing of literature of 1955, the year the National Review was founded: Robert Frost, Marianne Moore, Wallace Stevens, E. E. Cummings, Ernest Hemingway, William Faulkner, John Steinbeck, Richard Wright, Albert Camus, André Malraux, Evelyn Waugh, Elizabeth Bowen, Barbara Pym, Kingsley Amis, and Jorge Luis Borges were all working then.

And I agree the middle of the 20th century was a great time for literature, though my list of ’50s writers would include Jean Stafford and Mary McCarthy!

When and why [the good times for literature] stopped rolling are complex questions. That they have stopped, that we are in a less-than-rich period for literature today, cannot be doubted. Ask yourself whose next novel among living novelists you are eagerly awaiting. Name your three favorite living poets. Which contemporary critics do you most rely upon? If you feel you need more time to answer these questions — a long, slow fiscal quarter, say — not to worry, for I don’t have any impressive answers to these questions either. Recent years have been lean pickings for literature.

Everything about it, from 280-character tweets to Kindles, is anti-literary. What the Internet offers is information, whereas literature sets out in pursuit of something deeper. Reading online, I have found, is different from reading a book or serious magazine. I, who rarely skim books or magazines, online find my fingers twitching on my mouse when confronted by any piece that runs to more than ten or so paragraphs.”

I do agree about the problems of reading online–it is the madness of abundance. Online I keep clicking from article to article to find more news about a specific item–and paper keeps me calmer, perhaps because it limits the amount of reading.

Joseph Epstein isn’t the only one who yearns for more golden literary ages. Another fan of classics is Emily Temple at Literary Hub. During this plague year, she fond herself turning to older books. In her essay, “Want to Feel Better? Stop Reading New Books,” she writes about losing herself in Daphne du Maruier’s Rebecca, Edward P. Jones’ The Known World, Evan S. Connell’s Mrs. Bridge, Octavia Butler’s Parable of the Sower, José Saramago’s Blindness, and George Eliot’s Middlemarch.

While reading each of these novels, and others, I found myself transported in a way that the newer books I was sticking between them could not accomplish, as good as I might have found them. And look, I read some damn good new books this year, like Rumaan Alam’s Leave the World Behind Susanna Clarke’s Piranesi. and Quan Barry’s We Ride Upon Sticks.

Temple concludes these books helped her escape from the problems of 2020, but I wonder if that was all. Many readers eventually reach the point of wanting to go deeper in their reading and turn to the past. New books speak to current events and experience, and even historical novels are interpreted from a “modern” point of view every 20 years or so. It is always good to get some distance, to read from a different point of view, to come to realize that “now” is not necessarily “best.”

And now can I deliver on my promise to list some great writers of the day?

Alas, some of the greats have died this year, among them Elizabeth Spencer and Alison Lurie. We will miss them.

Who are the great writers of today? 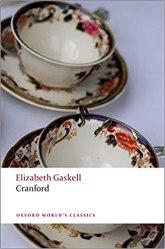 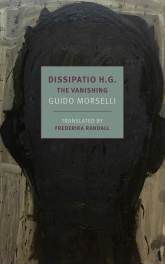 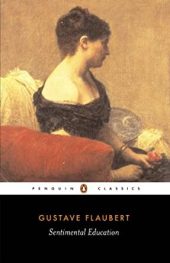