I did some serious reading over the holidays to balance my bubbly reading of middlebrow fiction. I sprinted through Una L. Silberrad’s fast-paced novel Desire (1908) and ambled at a sedate pace through Flaubert’s stately Sentimental Education (1869). Since you have doubtless heard of the latter, I will start with Flaubert.

A friend recently assured me that Flaubert’s Sentimental Education was superior to Madame Bovary. I read… I read… I read… and I much preferred Madame Bovary. Nonetheless, Sentimental Education is crisp, witty, and beautifully-written, with a muted style, sharp imagery, and humorous descriptions of a group of flawed young men trying to make it in Paris.

When we meet the hero, Frederic, a well-to-do young man from a country town, he is just out of school. Like his friends, he studies various subjects, but unlike his friends, he never completes anything he starts. He has money and wants to succeed socially; that is enough.

When he arrives in Paris, Frederic has a reverent attitude toward women. He idealizes Mme Arnaux, the beautiful Madonna-like wife of M. Arnaux, who is a printer, publisher, art dealer, and philanderer. So obsessed is Frederic with Mme Arnaux, whom he once talked to briefly on a boat, that he insinuates himself into Arnaux’s circle. He accomplishes this by buying Arnaux dinners and covering for him when he spends an evening with his mistress, Rosanette. Arnaux convinces his wife that Rosanette is Frederic’s mistress, and ironically that comes true. Though Mme Arnaux is at the pinnacle of love in Frederic’s imagination, he also finds time to have an affair with Madame Dambreuse, a financier’s wife. Frederic is so confused he can’t really decide whom he wants. There is much quiet humor in this novel.

There is no doubt it is excellent. The problem is not with the writing. Flaubert can do no wrong! But the hero, Frederic, is a pale imitation of Balzac’s Rastignac, the hero of Pere Goriot and a character in many subsequent novels by Balzac.

In fact, Frederic’s friend Deslauriers directly mentions Rastignac when he urges Frédéric to take of advantage of a letter of introduction to a well-known financier.

“There’s nothing like mingling with the rich. Since you own a tailcoat and a pair of white gloves, make the most of them. You must get into that circle. You can introduce me later on. A millionaire—just think of it. Make sure you get into his good books—and his wife’s! Become her lover!”

“But this is just the way the world goes. Remember Rastignac in the Comédie humaine. You can do it, I’m sure you can!”

As a fan of Flaubert and Balzac, I find Rastignan more interesting than Frederic, and felt that Flaubert had Balzac in the corner of his eye as he wrote Sentimental Education. It is as if the two writers were having a conversation, but Flaubert’s style somehow lacks the exuberance of Balzac.

Not that Sentimental Education is not a great book–it is. But Balzac was in my mind the whole time. And that is not a good way to measure a book.

On another note, I discovered Una L. Silberrad’s Desire by browsing at Handheld Press, a small publisher of reprints of excellent little-known books. I had never heard of Silberrad, so it was doubly a pleasure to discover her work. She reminds me a bit of Arnold Bennett, perhaps because much of the novel deals with the pottery business, and partly because she is not proceeding in the direction of modernism.

What is important in life? Business or the arts? That, more or less, is the theme of this intelligent novel. Desire, the heroine, a New Woman, attracts men like flies with her beauty and wide-ranging interests: she is the sparkling, illegitimate daughter of Sir Joseph Quebell, who lives in his house and has been raised as his daughter. In society everyone enjoys her company, but women are jealous. Desire is so witty and well-infomred that she unintentionally makes men fall in love with her.

Then one day a meeting between Desire and a man of a lower class changes both lives. At a soiree, Peter Grimstone is introduced to Desire when he is mistaken for someone else. Their conversation is pleasant, but he is certainly not overwhelmed or intimidated. He does not move in her social circle, nor does he wish to. And so he explains that they were introduced because of a case of mistaken identity.

‘Don’t you think you might tell me who you really are, since you are not who he said?—though I have not the least idea who that is.’

‘I am afraid I am nobody,’ Peter confessed; ‘my name is Grimstone, and I am a writer of sorts: I suppose a journalist, after a fashion: that is to say, I do a certain amount of writing for papers and magazines and things.’

‘Because I’m sure you don’t really. You have not the look or the manner one associates with journalists.’

The identities of Peter and Desire are in flux, though they do not know it at the time. The soiree might have provided their only meeting, except that Desire reads his first novel and loves it. And so they become friends, not as a man and woman, but as two intelligent beings.

And then things begin to go wrong. Peter and Desire are shattered by personal and business matters. Peter must give up writing and return home to help run his father run his pottery business; and Desire is destitute after her father’s death, has to live in a boarding house, and decides to go to typing school.

Silberrad has painted fascinating portraits of the New Woman and what we might perhaps dub the New Man. I am fascinated by the details of business. The energetic writing gallops along–occasionally there is a brief awkwardness of transition–but I can’t wait to read her other books–if I can find them.

A msut-read, though think Arnold Bennett rather than Flaubert! 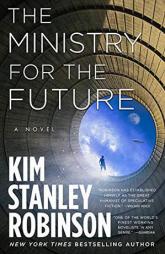 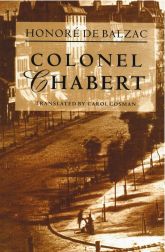